Video Dance Lessons In The UK

Getting the Best Out of You

Are you looking for video dance lessons in the UK in order to stay in peak condition from anywhere in the world? If so, look no further than M-Intensive Online Dance Training. We are bringing the dance community in a friendly space to maintain their peak fitness and strength. Through the Horton technique and HIIT training, Patrice Moniz, a professional dancer and a passionate teacher, will take you through his weekly workout routine. This offers people a simple and accessible way to workout at home and continue their dance education. We want to ensure that, wherever you are in the world, you can protect the foundations of being a strong, elegant dancer through online dance courses that work out your entire body. 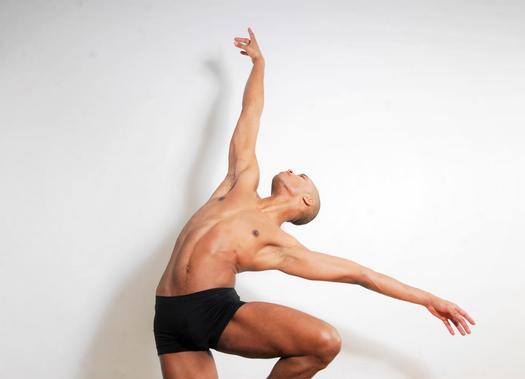 If you are a trained dancer or a serious dance amateur looking for video dance lessons in the UK, get in contact with M-Intensive Online Dance Training today and book your first session in no time. 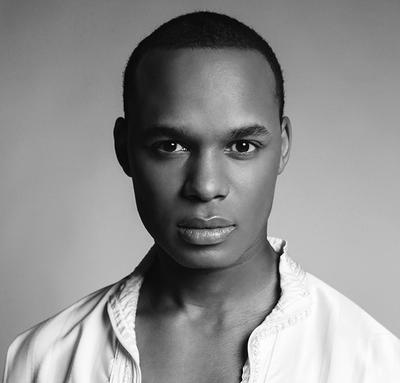 Patrice is an international Performer, Dance Tutor, Choreographer with more than 17 years experience in the entertainment industry and a Member of the International Dance Council CID-UNESCO. He's Originally from the Cape Verde, born and raised in France, based in London. Patrice discovered ballet at l'Akadémie in Mulhouse in the north east of France with Mrs and Mr RIBA. He received an Honorary Fulbright Scholarship for his professional dance training in ballet, Horton, Graham, Jazz and contemporary dance.

He graduated from the Académie Internationale De La Danse ,The Institut de Formation Rick Odums in Paris and then continued his professional training at the prestigious The Ailey School, in New York. Patrice received certified Graham and Horton technique training during several years and studied with Master teachers such as Mrs Kazuko Hirabayashi and Mr Milton Myers. 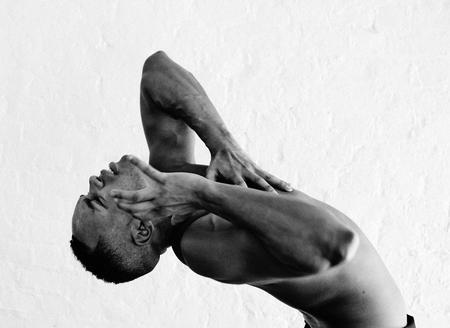 We Exceed Your Expectations
... and it shows.

All our testimonials are genuine and collected by a third party (Trustpilot).

Patrice is the reason I made it on to a top dance school in the U.K....

After years of unsuccessful auditions, he was able to deconstruct my wrongdoings and design an adjusted course for me. He demonstrated consistent professionalism and a clear knowledge of his craft at all times. He indeed catered to all of my needs by setting a strong foundation within me, and later by warm up to more complex combos and stretching routines. If you'd like to improve on dance performance, technique, strength and flexibility or simply be a better dancer, I highly encourage you to get in contact with him. From the heart.

A fantastic class that I would highly recommend for professional dancers...

A fantastic class that I would highly recommend for professional dancers looking to maintain their technique as well as those who want to enjoy learning the principals of Horton technique. Taught with energy and filled with joy, a really great way to work your body.

Patrice is committed to bringing out the best in you as a dancer....

Patrice is committed to bringing out the best in you as a dancer. His private classes are personal and tailored to your abilities and style. He hones and sharpens what you are already good at and helps you develop old and new techniques to a high level.  His years of training and talent means he can deconstruct choreographies and in techniques in a way that even a novice like me can understand. His classes were always well prepared and carefully thought out, but it's not always so serious! He brings a lightness and ease to his training which makes it fun and a pleasure to train with.

With his background in Ballet and Modern Dance techniques he has been invaluable in training our company members. ...

I have been pleased to have Patrice as the principle company trainer of my dance company for many years. Patrice is at all times 100% professional and has excellent attention to detail and an impeccable work ethic, strongly leading the team whilst maintaining an atmosphere of camaraderie.  With his background in Ballet and Modern Dance techniques he has been invaluable in training our company members. His strong personal discipline and professional approach to dance shines through at all times and he brings oodles of personality to the role. Every company member has personally benefited from his guidance and teaching philosophies. Patrice has that rare combination of skill, discipline and personality!

Of all the online classes I have done over the pandemic, this has by far been the one where I have felt the most energised and connected and encouraged. I felt "seen" by Patrice and you could feel his energy with you. When the class finished and it was back to just me in my room, I was astonished at the difference in energy - how I really felt like I had just been in the studio with him, and was a little sad it had ended, like I wanted it to go on for longer.

Training with Patrice has changed my view in dance....

Training with Patrice has changed my view in dance. I had no previous experience in academic dance and started my career in my mid 20's. I started taking his classes because I wanted to enter a dance competition, he taught me discipline and hard work.   Needless to say, it contributed to me winning the 1st prize! It was worth every sweat and penny. Thank you for your incredible passion and patience.

You will always learn something new and have the best time with Patrice, time you will never forget!...

Everything he does is filled with intention and years of discipline and service to the craft.  His classes always remind me to be focused and strong, but always to enjoy and love what we do. I am always inspired by his energy and in turn it brings more energy into my own performance as a dancer. Patrice also choreographed a piece for me. It was wonderful because it was also a collaborative process which meant I learned in more ways than to just learn the piece.  I learned how to make a piece that is interesting and challenging too, not to take the easy route. You will always learn something new and have the best time with Patrice, time you will never forget!

I enjoyed M-Intensive Online Dance training program so much...

I enjoyed M-Intensive Online Dance training program so much as there are different style of dance technique during the intensive week and I found it useful to myself as a dancer especially at this time that no lesson can be happening in the studio and the live dance you provide really works for me as it doesn’t really taken a lot of space. I can do it in my living room, my bedroom etc and I do sweat during the live lesson as much as I have in the studio before. The technique you provide help me to keep my body in shape even at home so I don’t need to worry when I get back to university to continue my dance degree after summer.

I highly recommend anyone to try Patrice’s classes. ...

Since the lockdown, I, like so many others have had to adapt my training regime. There was no more convenience and stability of going to my local fitness gym for a workout. I wanted to step out of my comfort zone and try something new. Luckily for me I came across Patrice Moniz’s profile on Instagram and noticed that he would be instructing online classes. Mind you, I am not a professional dancer by no means, but I thought this was perfect for my something new for fitness. In few weeks Patrice had given me the insight to The Horton Technique, choreography, HIIT, incredible strengthening exercises for the core, arms, legs and buttocks and so much more... He was able to make me feel at ease in his class from day one and explained each part of the class so that I (non dancer) like me could understand perfectly. I never once felt like an outsider amongst so many remarkably talented dancers. I felt like I was a part of the class.  I highly recommend anyone to try Patrice’s classes. You will be very happy you did. I am hooked on this beautiful new form of fitness and I look forward to the next schedule of classes. Personally, I have always respected the art of dance... now, I have the upmost respect and admiration for this stunning gift of dance.”

Patrice is a wonderful teacher and you gain so much clarity of technique through the intensity of the lessons!...

I took my first Horton lesson at age 14 and to tell the truth I was a little bit scared at first as it was my first ever dance class in London! But I quickly fell in love with the rhythmic pattern of Horton and with Patrice's teaching! When I went to a different teacher few years later on it was familiar but somehow not as enjoyable as when I was learning from Patrice!  As a Latin and Jazz dancer Horton has helped my strength and core technique immeasurably! Patrice is a wonderful teacher and you gain so much clarity of technique through the intensity of the lessons!

Doing Horton and Graham and being pushed by Patrice’s great energy lights up my time at home!...

The only good thing about the lockdown is that, even living far away, I get to take classes with Patrice again! Doing Horton and Graham and being pushed by Patrice’s great energy lights up my time at home!

Simply a great time with a great teacher, just go for it!...

I really enjoy the online dance classes of Patrice, it’s refreshing, funny and so liberating for the body and mind! He demonstrates the movements very well and shares his passion and happiness with people! Simply a great time with a great teacher, just go for it!

I highly recommend Patrice classes for anyone beginner or advanced who wants.... ...

I did a Graham class with Patrice and I was greatly inspired and motivated by his teaching style. He was explaining the sequences & exercises very well and the pace of the lesson was ideal for all levels. Patrice has a very enthusiastic personality and this creates a positive climate and makes the dance both fun and a good training. Also, I really enjoyed Patrice's dance phrases as they are challenging but again he will make sure to explain them to meet the needs of all levels. I highly recommend Patrice classes for anyone beginner or advanced who wants both a fun and a real dance training!

For video dance lessons in the UK that help you continue your dance education from anywhere in the world, book here with M-Intensive Online Dance Training.

A SAFE PLACE TO BE 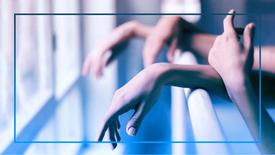 Subscribe to the newsletter for weekly Dance tips and Thoughts!

This site is protected by reCAPTCHA and the Google Privacy Policy and Terms of Service apply.
0
Shopping Basket
X
Total (0) item:
£100.01
Before delivery costs and discounts.
Proceed to checkout

Your E-mail has been sent. We will be in contact with you soon.

Please refresh the page and re-submit the form.

SORRY
Your content caused an error and your email has not been sent.
Please remove any unusual characters and try again